From unicorns to angry birds, the Cardboard Boats were decorated by youngsters eager to battle.
Some of the crafts in Saturday’s Cardboard Boat Races didn’t even last for a few seconds and some of them went off course due to the light winds but everyone had a good time.
Jenna McDonald, aquatics director at the Hannibal Aquatic Center, said the lifeguards and staff made sure all the participants stayed safe as the cardboard boats didn’t always keep them afloat. It was the sixth annual Hannibal Parks & Recreation Department Cardboard Boat races and each of the boat had 2 passengers each, ages 6-16.
There were several dramatic sinkings so the staff had a hard time deciding the winners of the Titanic Award.
The winners were:
• The Fastest Boat award went to Henry Stroot, 7, and Sydaleigh Cassady, 12, both of Quincy, Ill.
• The Can’t Believe it’s Cardboard award went to Mary Rodgers, 10, and Emma Jean Rodgers, 8, of Hannibal
• The Best Decorated award went to Beckett Meininger, 9, and Jude Meininger, 7, of Hannibal
• The Titanic Award went to Lane Orscheln, 7, and Rhys Orscheln, 6, of Hannibal
The other boaters were: Jonathan and Katie Matz of Hannibal; Landen and LaShay Blanks of Hickson, Tenn.; Ava and Oliver Sheldon of Wildwood; Sam and William Schisler of New London; Natalie and Jay Arnold of Hannibal; and Joe and Grace Blanks of Hickson, Tenn. 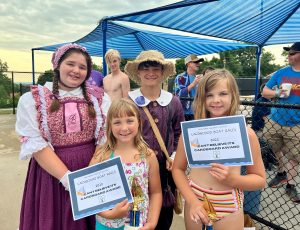 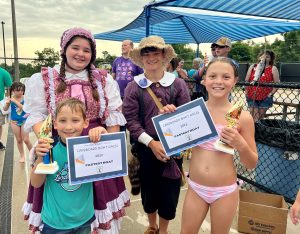 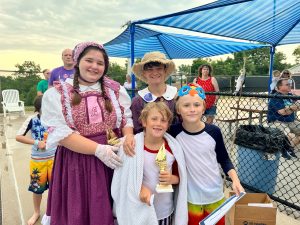 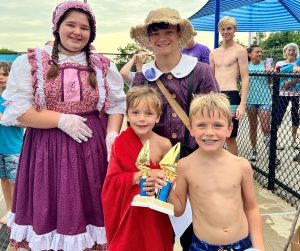