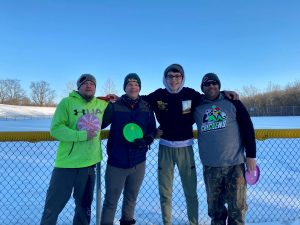 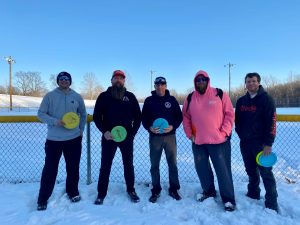 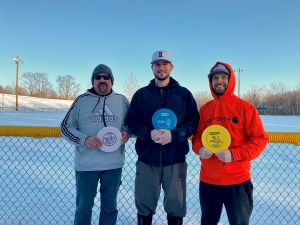 Ice Bowl Disc Golf tournament lived up to its name Saturday with players from all around the area playing in knee-high snow.

Proceeds of the event went to the Buddy Pack program, which benefits more than 400 children from Hannibal public and parochial schools children each week.

Mary Lynne Richards, recreation supervisor for Hannibal Parks & Recreation said the Buddy Pack program is needed now more than ever. “It provides kid-friendly nutritious food on the weekends. The goal is to make sure low-income children stay fed, healthy and productive.”

The weather cooperated for the Ice Bowl, it was cold but temperatures hit above freezing in the afternoon. There were participants from Iowa, Illinois and Missouri.