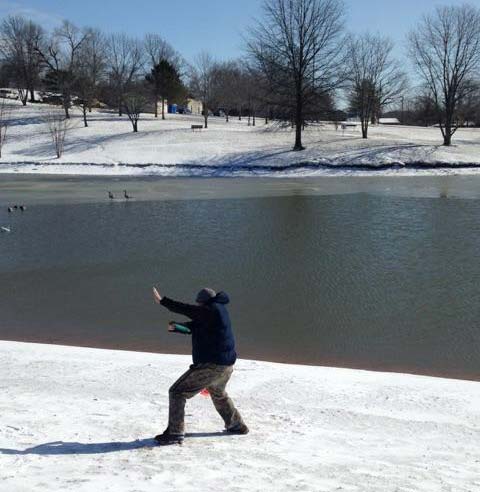 The 13th annual Ice Bowl will be Saturday, Jan. 26 at the Don Crane Disc Golf Course in Huckleberry Park, sponsored by the Hannibal Parks & Recreation Department. Special trophies for Hannibal’s Bicentennial will be given out to the top finishers.

The fee is $10 and proceeds will go to the Buddy Pack program, which benefits more than 500 Marion County schoolchildren. The program allows children to take home backpacks full of free food each Friday. The backpacks are full of juice, soup, cereal, peanut butter and other simple staples. The goal is to make sure low-income children stay fed, healthy and productive.

Last year’s Ice Bowl had about 50 participants; it was above normal temperature at the event.

The disc golf course at Huckleberry Park opened in 2006. Two years ago, the course expanded and was named the Don Crane Disc Golf Course after its founder Don Crane died. He had promoted disc golf in Hannibal for many years.

More information is available by calling Aron Lee at 573-221-0154, alee@hannibal-mo.gov