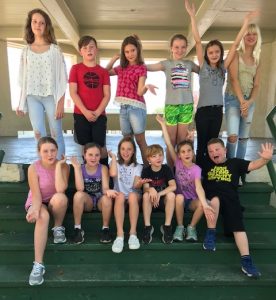 There will be a short musical production Friday, July 19, given by participants of the Hannibal Parks & Recreation and Bluff City Theater summer camp.

The production will begin at noon at the bandstand in Central Park.

The camp, called “A Folktale in Hannibal,” was for children ages 8-12.

Participants in the camp learned about the early days of Hannibal, including being a lumber baron, pioneer, train conductor and riverboat captain.

The instructors were Gale Rublee and Katie Schisler.