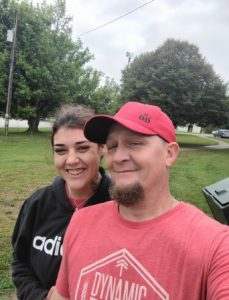 Brianna Bonds and Forrest Abernathy of Kirksville participated in the Trilogy Challenger Saturday, she was one of two females playing and he was the winning player.

Todd Damotte, tournament director said, “Everyone had a great time and it was a really good turnout. We had young and old, guys and ladies, new players and ones who have played for years,”

There were 45 participants from all around the area, including Kansas City, Kirksville, Columbia, Jefferson City, Decatur and Springfield, Ill.

The winning players were: