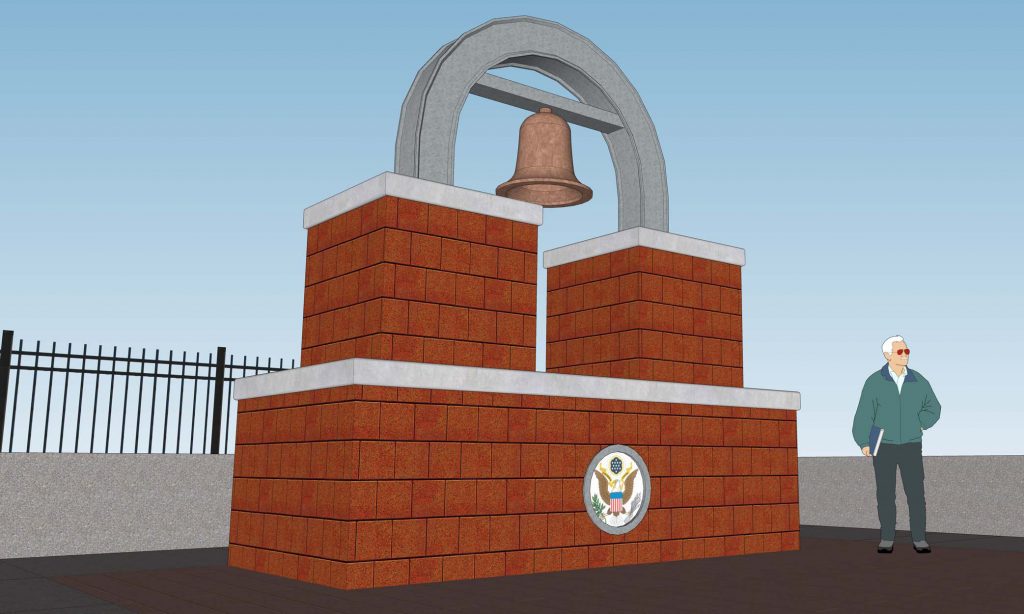 The Veterans Memorial is about halfway funded.

There have been 163 bricks requested, which funded about $20,000; and another $11,000 donated. There memorial is estimated to cost about $60,000. The project has been organized by the Hannibal Parks & Recreation Department and the Veterans Services Commission.

The Veterans Memorial and Freedom Bell will be built on Cardiff Hill Overlook, allowing a beautiful view of the Mississippi River. The pathway will consist of memorial bricks. The bricks must have the name of a service member, but does not have to be a Hannibal resident, former or current. The bricks may be purchased by loved ones to honor a member of the military. The customized bricks may be purchased for $125 per brick. Additional donors of $500 or more will be listed on a plaque adjacent to the memorial. Click here for the memorial brick order form.