The Mark Twain Memorial Lighthouse sits on 10 acres of park atop Cardiff Hill, a favorite play area of Tom Sawyer, Huckleberry Finn, and the gang.  Cross streets are E. Rock and E. Cardiff.  Parking is available near the top.  There is also a rear entrance from Cardiff Hill Drive, offering handicapped accessible parking.  There are 244 steps leading uphill to the Lighthouse from the north end of Main Street in historic downtown Hannibal.  The area around the Lighthouse offers a panoramic view of Hannibal and the Mississippi River. Please note that the public is not allowed inside the Lighthouse. 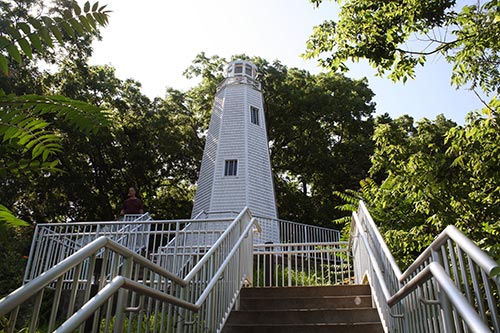 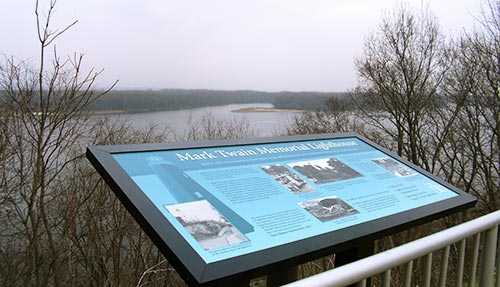 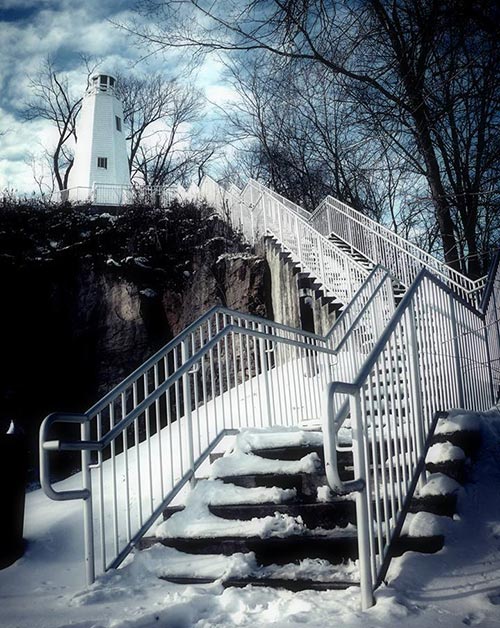 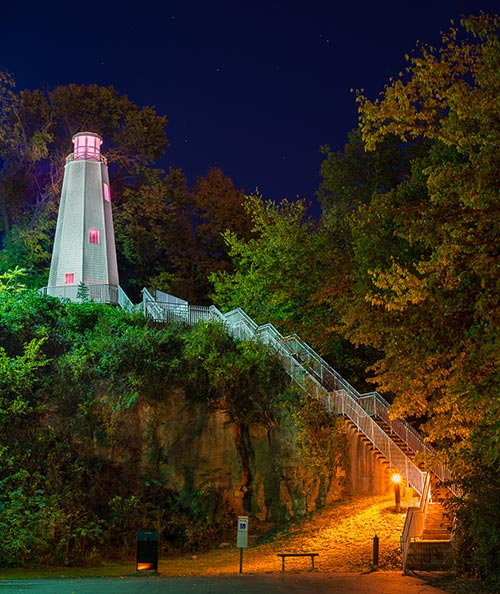 Acres: 10
Restrooms: No
BBQ Grill: No
Picnic Tables: No