Sodalis Nature Preserve is a 200-acre park property that was given to the city to preserve endangered bats. It is now Hannibal’s second-largest park.

Access to the Nature Preserve will be available off Ely Street, south of the Dempsey Dog Park and Bear Creek, 819 Ely St. A trailhead and parking lot are there, connecting it to the Bear Creek Trail ending at Ely Street.

Only non-motorized recreational activity is allowed, such as hiking, running and biking. The almost 2-mile loop trail is fully paved. See map below for the Pirate Ridge Trail that is unpaved. Other rustic trails will be developed over time.

The Conservation Fund, a non-profit group that protects properties for wildlife, recreation and/or historic significance, purchased the land through mitigation funds from the Canadian company Enbridge Inc.

More than 211,000 federally endangered Indiana bats hibernate in a former limestone mine that closed a half-century ago and in the cave network nearby.  The bats that hibernate in Hannibal make up about one-third of all known Indiana bats (their scientific name is Myotis sodalis, hence the preserve name.) 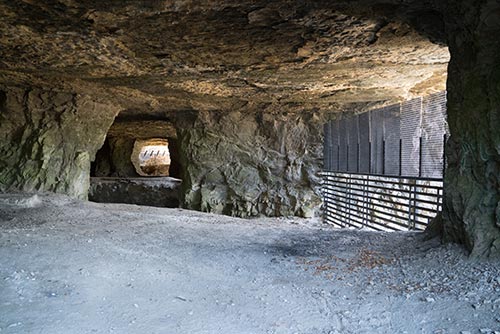 Specially-constructed gates have been built and set in place at each of the 33 mine entrances that allow the bats to come in and out of the mine, but keep people out.  The Fish and Wildlife Service will monitor and manage the bat population in the mine and on surrounding property.

According to Shauna Marquardt, Fish and Wildlife Biologist with the U.S. Fish and Wildlife Service, the highest concentration will be in October during the fall swarm, and is viewable from the amphitheater.  There is a nightly emergence each night during the spring and summer, starting roughly mid-April, ending in September, but the best time to view bats in the summer is probably June through mid-August. 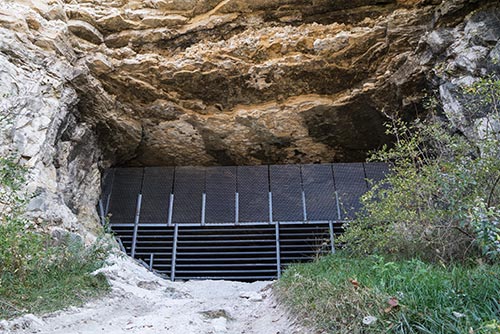 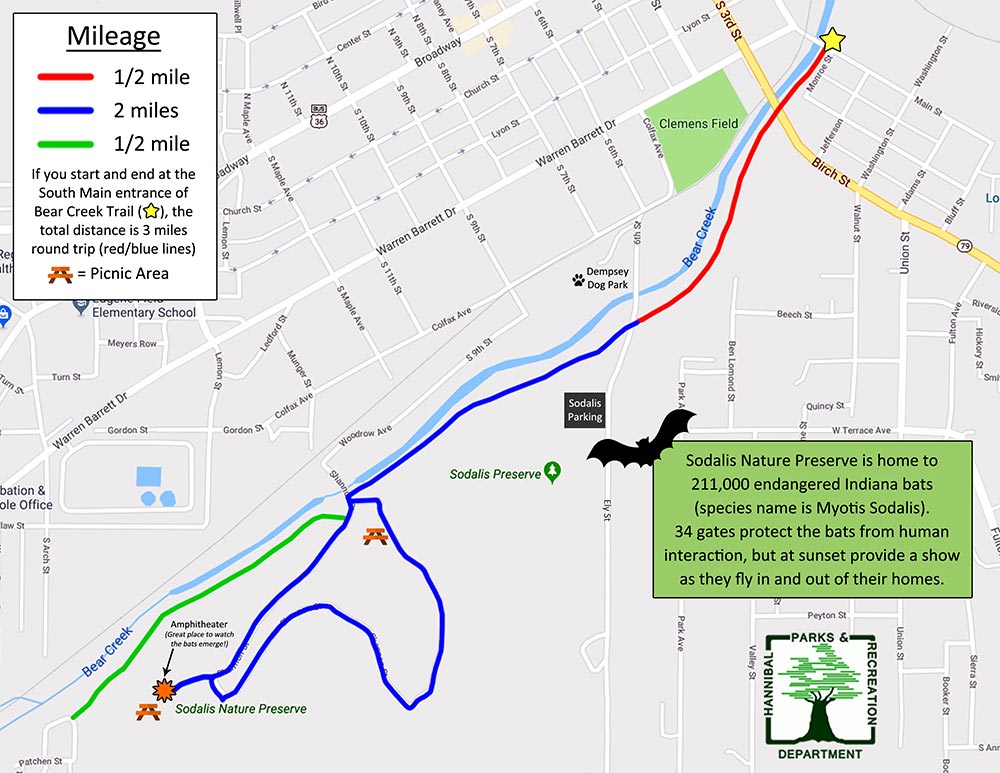 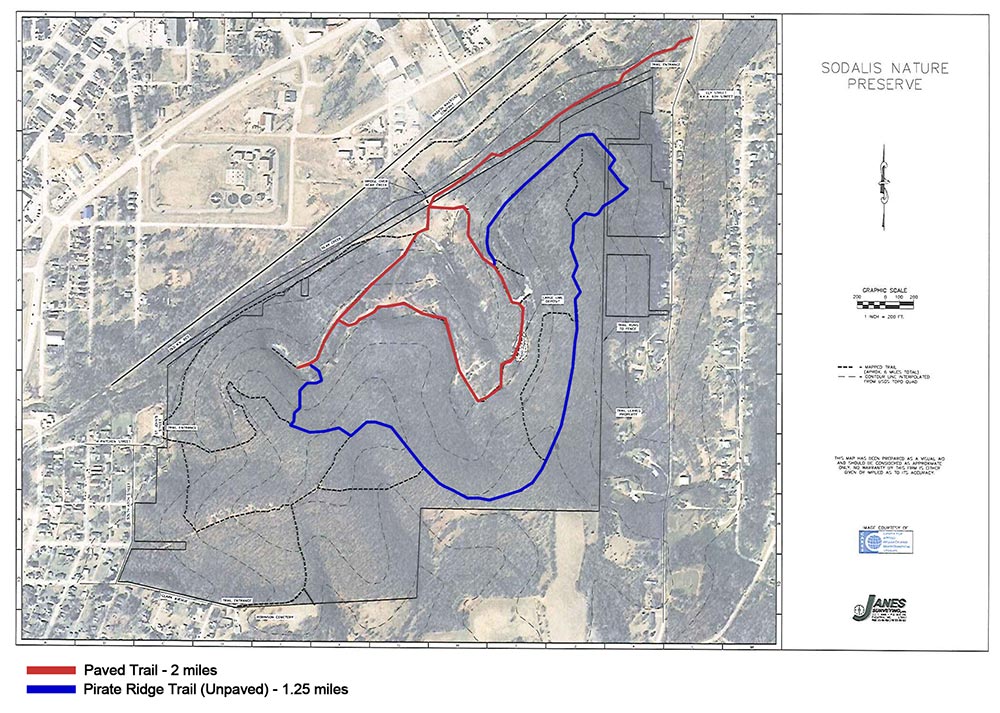 Acres: 191
Restrooms: No
BBQ Grill: No
Picnic Tables: No