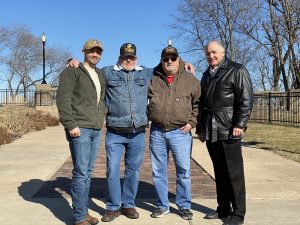 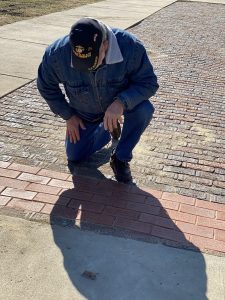 Four veterans were able to see the work on the Veterans Memorial at Cardiff Hill Overlook Thursday, one of whom has a brick at the site.

Thomure’s brick is with the 50 bricks ordered placed at the site. The Veterans Memorial is about 67 percent funded. There have been 211 bricks ordered, and about $42,000 raised, the memorial is estimated to cost about $60,000. The project has been organized by the Hannibal Parks & Recreation Department and the Veterans Services Commission.