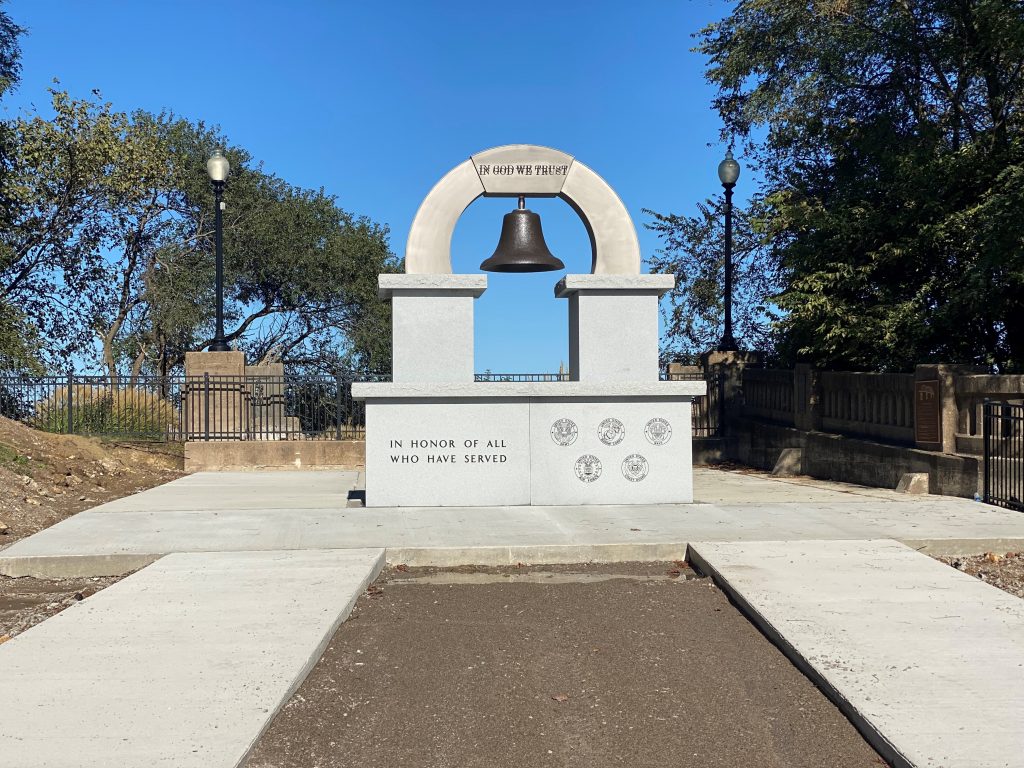 Hannibal’s veteran’s memorial will be dedicated at a ceremony on the Saturday preceding Veteran’s Day, Nov. 6.

The program will be 2 p.m. at Cardiff Hill Overlook Park, which is the location of the old Mark Twain Memorial Bridge approach.

There will be a procession of the American Legion Color Guard and the national anthem will be sung by Judge Rachel Bringer-Shepherd. The Veteran’s Service Committee Chair Pansy Kolb will introduce the dignitaries and the main speaker, Major Retired Jim Miller. There will be a 21-gun salute and taps played by Tanner Scholes and Noah Krisko. Tom and Becky will hand out programs and members of the 9239 Daisy Troop will hand out flags.

The veterans memorial project has been organized by the Hannibal Parks & Recreation Department and the Veteran’s Service Committee.

Fundraising for the project began in 2018. About 380 bricks honoring veterans have been ordered and will be installed as a pathway around the memorial. Each brick has the name of a veteran, purchased by their loved ones for $125. Additional donors of $500 or more will be listed on a plaque adjacent to the memorial. Information for bricks and donations are available at www.hannibalparks.org.

The memorial includes a bell from the U.S.S. Hannibal ship, which the U.S. Navy built in 1898. The craft was used in World Wars 1 and 2 and Spanish America War. The ship was decommissioned in 1944 and sunk off coast of Virginia and made into a reef. Even though the ship was named after the general, not the city, the Navy sent the city of Hannibal the bell in the late 1940s. The bell was located in Kiwanis Park for years.