Veterans Memorial out for bid 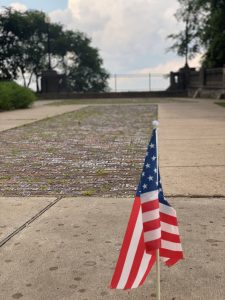 Work on the Veterans Memorial should begin soon as the Hannibal Parks & Recreation is seeking bids to building the memorial. Enough money has been raised to begin construction.

More than $56,000 has been raised through the sale of bricks and donations, with about 313 bricks ordered. About 100 bricks have been placed near the site of where the monument will be located at Cardiff Hill Overlook.

The project has been organized by the Hannibal Parks & Recreation Department and the Veterans Services Commission.